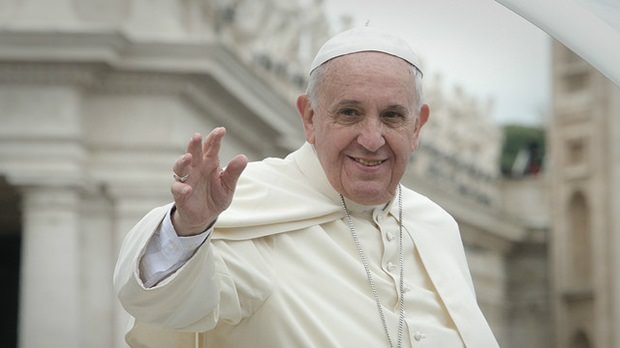 More than half of evangelical pastors say Pope Francis is their brother in Christ.

More than one-third say they value the pope's view on theology, and 3 in 10 say he has improved their view of the Catholic Church.

Those are among the findings of a new study of 1,000 Protestant senior pastors, released this week from Nashville-based LifeWay Research.

Overall, the survey found that many Protestant pastors have taken a liking to Pope Francis.

Nearly 4 in 10 say the pope, known for his humility and concern for the poor, has had a positive impact on their opinions of the Catholic Church. Almost two-thirds view Pope Francis as a genuine Christian and “brother in Christ.”

However, half of Protestant pastors say they do not value Pope Francis’ opinion on matters of theology. 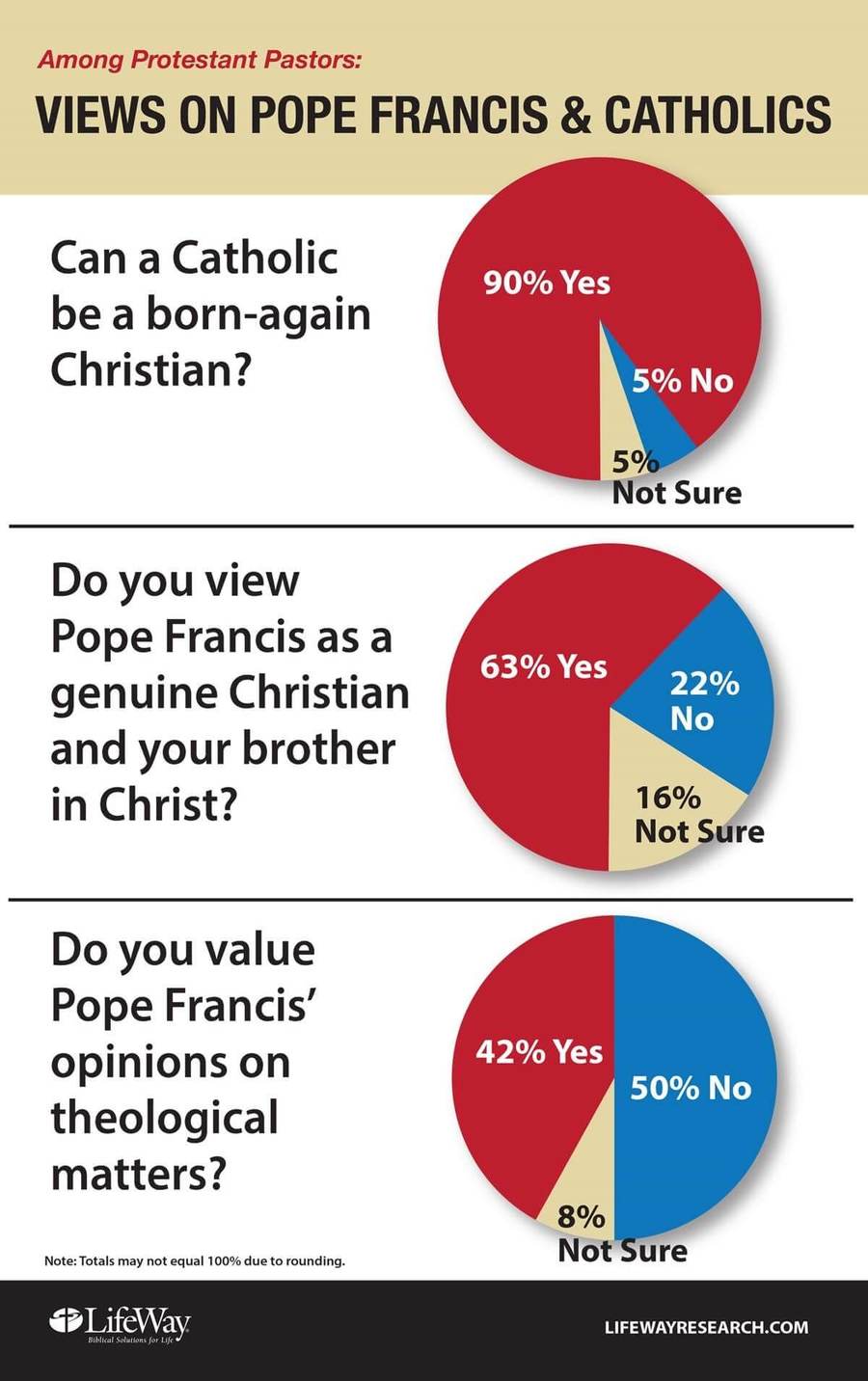 For 43 percent of Protestant pastors, Pope Francis has not changed their views of the Catholic Church. However, half say the current pope has affected their opinions—and almost three times as many cite a positive impact (37%) as a negative one (14%).

“Our sample itself—Protestant pastors—is named after the Protestant Reformation, so they are particularly interesting to survey,” said Ed Stetzer, executive director of LifeWay Research. “And the survey says that this pope does, indeed, have a ‘Francis effect,’ even on a group of people named for protesting the very faith the pope leads.” 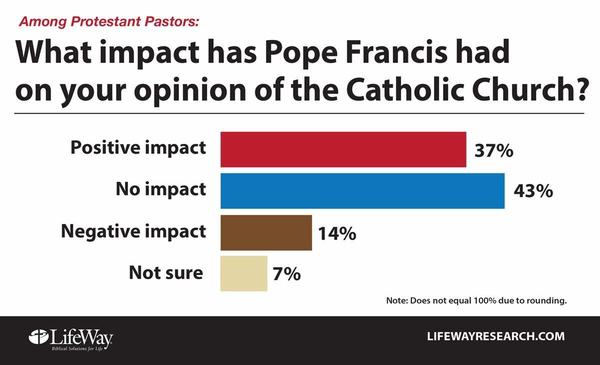 On whether Catholics can be “born-again Christians,” 90 percent of Protestant pastors and 92 percent of evangelical pastors agree. But they are less certain whether the pope is their brother in Christ: 63 percent agree Francis is a genuine Christian, 22 percent disagree, and 16 percent are unsure.

“Within a few centuries, the pope has gone from anti-Christ to ‘brother in Christ’ for a lot of Protestants.”

In an editorial for CT this week, evangelical pastor Chris Castaldo argued that among Protestants and Catholics, disagreement over religious authority and salvation fades as piety trumps doctrine. (Pope Francis was also the subject of a 2014 CT cover story.)

Favorable views of Pope Francis are most pronounced among highly educated Protestant pastors and those in the Northeast, the survey finds.

More than two-thirds of Protestant pastors with a master’s or doctoral degree (69%) view Pope Francis as a genuine Christian and brother in Christ, compared to 42 percent of those with a bachelor’s degree or no college degree.

Those with a master’s degree or higher are also significantly more likely to say they value Pope Francis’ opinions on theological matters (49%) and the pope improves their opinion of the Catholic Church (43%). Among those with less formal education, 22 percent value the pope’s theological opinion and 18 percent say he has a positive impact on their view of Catholicism.

CT frequently covers Pope Francis, including examining the recent release of his encyclical, how many of his fans disagree with him on global warming, and thetheology behind his warnings on climate change.

The phone survey of Protestant pastors was conducted Sept. 8-21, 2015. The calling list was a stratified random sample drawn from a list of all Protestant churches in America. Each interview was conducted with the senior pastor, minister, or priest of the church called. Responses were weighted by region to more accurately reflect the population. The completed sample is 1,000 surveys. The sample provides 95 percent confidence that the sampling error does not exceed plus or minus 3.2 percent. Margins of error are higher in sub-groups.