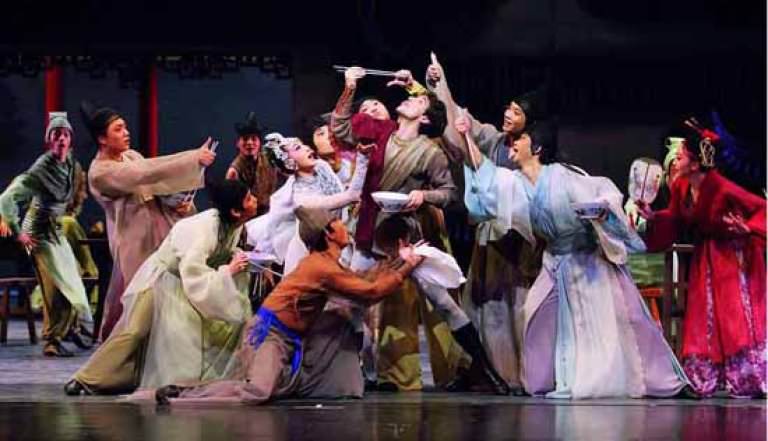 We first meet Sita’s family before the cubs have even opened their eyes. The little ones are adorable, fuzzy, bundles of fur. Sita is a lean, mean hunting machine doing what it takes to keep her little family alive. The cinematography is fantastic; following her in the hunt we can clearly see her muscles ripple and bunch as she streaks across the plain.

In fact, from the first scene the look of this film will take your breath away. Crisp and clean, it evokes the grandeur and beauty of Africa in an almost visceral way. It’s the real deal, too—this true life adventure was filmed entirely in the wild in the Masai Mara in Kenya between August 2008 and October 2010. If you think that means a lot of long-distance images, think again; those adorable cubs are so close you can count their whiskers.

The Cheetahs are not the only family in the film. There’s the River Pride, a community of lions whose members include matriarch Layla and her six-month-old daughter Mara. Layla’s getting old and injury-prone. Mara is devoted to her mom, but she may have to decide between her loyalty and her pride (the lion kind, not the emotion). It’s a decision that may well have life-threatening consequences.

The River Pride is lorded over by Fang, an aging lion. Fang’s bark … er, roar … is worse than his bite. Still, that roar has plenty of power. When Fang argues with a crocodile you won’t know exactly what they’re saying—probably a good thing—but the meaning is crystal clear. Fang’s part in the story has an almost Shakespearean quality: a mighty king and his sons fight amongst themselves but join forces to plot the takeover of a rival kingdom. Fang, the rival in question, must face up to his foes or slink away in disgrace.

The narration, voiced by Oscar®-nominated Samuel L. Jackson (The Other Guys, Iron Man 2), is engaging and seems designed to promote the bond between mother and child, whatever their species. It seems appropriate for grade-school children and includes numerous jokes of the “groaner” variety. The humor isn’t limited to words; listen closely when two young lions are faced with a crocodile-infested river and you’ll hear a musical nod to the theme from Jaws.

African Cats is a real life adventure, not an animation, so the animals behave like animals. As there is a conspicuous lack of Cheetah Chow in the wild, our furry friends must fend for themselves. There is hunting, killing, and eating of prey, but it’s all handled tastefully. There are no bloody piles of entrails or heartrending screams of pain from the evening’s entrees.

Gentle viewers should be prepared for numerous scenes of imminent danger, including “children” lost and alone in the dark. This may be a Disney film, but it does not end happily ever after for everyone. However, the story is nicely balanced between sad and sweet; it doesn’t linger on negatives too long. None of the many children in the showing I attended seemed to be adversely affected.

When you go, be sure to stay for the credits; they’re a clever riff on the usual list of names, showing images of the animals with their “job titles” i.e. giraffes as crane operators, extra memory provided by the elephants, and so on.

Bonus: The Disney Web site offers an eight-page Educational Activity Guide as a free download. It’s designed to help teach students about the animals and ecosystems of the African savanna and could be an excellent resource for classroom teachers and homeschoolers alike.