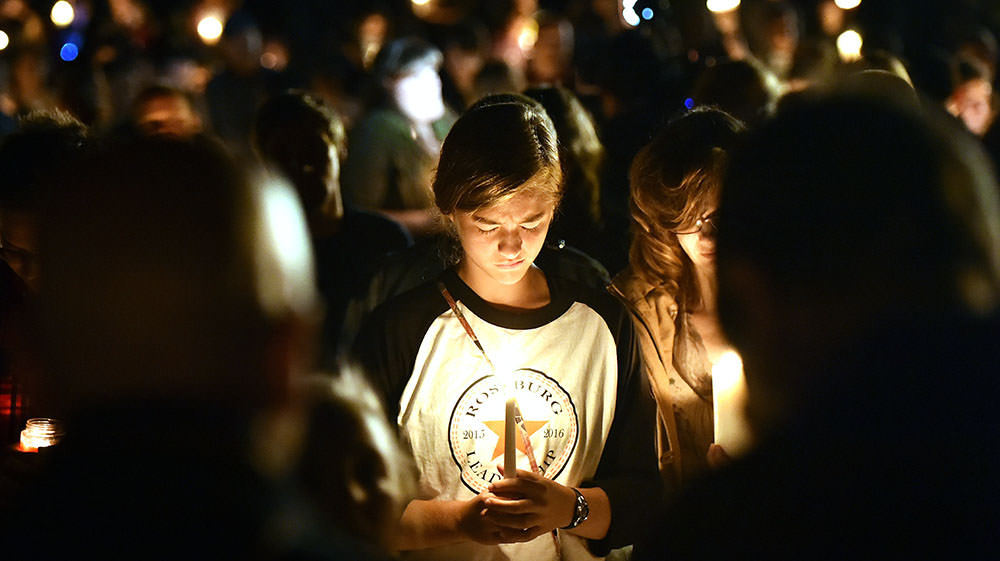 Life or death was determined by the answer to a single question: are you a Christian?That was the question asked by an anti-Christian gunman who stormed into a classroom at Oregon's Umpqua Community College.Eyewitnesses say the shooter targeted Christians.

Kortney Moore was inside the classroom. She told theRoseburg News-Reviewthat the shooter ordered students to get on the ground—and then told them to stand up and state their religion.

"And they would stand up and he said, 'Good, because you're a Christian, you're going to see God in just about one second," Stacy Boylan said in a televised report. "And then he shot and killed them."

His 18-year-old daughter was struck in the back by a bullet—that traveled down her spine. She survived. Miss Moore, too, survived.

Davis Jaques, publisher of theRoseburg Beacon News, said he received a text message from a student who said she was inside the classroom.

Christians were martyred for their faith—on American soil—a fact mostly ignored by most of the mainstream media and the White House.

TheNew York Timesonly mentioned that the gunman inquired about people's "religions" and one cable television news channel opined that the shooter's motive was unclear.

President Obama's behavior in the aftermath of the massacre was quite frankly unpresidential. Instead of calling for religious tolerance—he delivered an unhinged tirade on gun control.

"Somebody somewhere will comment and say Obama politicized this issue," the president said. "Well, this is something we should politicize."

But I reckon it's politically incorrect to address the persecution of Christians.

That could explain why the White House has expressed less than passionate outrage over the near-genocide of Christians in the Middle East. And that could also explain why his administration has failed to secure the release of an American pastor being tortured in an Iranian jail.

These days "lambs being led to the slaughter" is not exactly a politically correct narrative.

Franklin Graham eloquently memorialized the fallen on his Facebook page and reminded us that Christians are being persecuted around the world.

"The bold souls at Umpqua Community College who stood up to say they were followers of Jesus Christ were heinously gunned down with no mercy," Graham wrote. "Jesus said, 'If they hate you, remember they hated me before they hated you.'"

I cannot even begin to imagine the courage it took for our fellow believers to take a stand—knowing that to do so—would require the ultimate sacrifice.