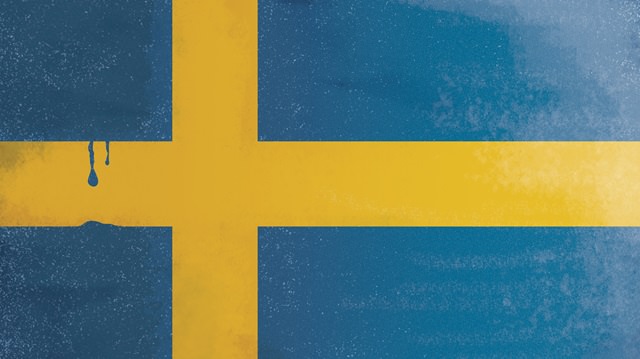 Ten years ago, scandal put Sweden’s free churches on edge. Now their prospects are brighter than ever.

Our taxi driver feigns nonchalance, but we are lost. More than once he has reversed our sedan back down one of these serpentine streets, only to try another route to a park that’s supposedly tucked into this residential hill overlooking Stockholm. Perhaps to relieve some of the pressure building in the cabin, I open my window. I can hear the faint strains of Vampire Weekend, so I tell the driver we can take it from here.

We follow the bass line, cutting a path between two homes, then up and to the right. There we’re greeted by a stack of speakers, a Spider-Man bounce house, and a crowd eating hamburgers hot off a nearby grill garnished with tiny American flags. It’s past 8 p.m., but the summer sun is just starting its descent, bathing the city below in a warm light that amplifies its medieval splendor. Red, white, and blue bunting blows in the slight breeze. Snoop Dogg thumps into rotation. Welcome to the Fourth of July, Hillsong Church–Stockholm style.

“We take any chance to have a party,” says senior pastor Andreas Nielsen, smiling at the thought of reporters traveling 4,000 miles only to balance paper plates of potato salad and Frescas at a Fourth of July picnic. Throughout the summer, Hillsong Stockholm hosts weekly parties like this one—“barbeque parties, beach parties, whatever we can come up with”—to let members mingle and invite unchurched friends. It’s a somewhat counterintuitive evangelistic strategy: Swedes get more vacation days than almost anyone in the world, and they spend much of the summer away from the city.

“There’s this perception that no one comes to church in the summer. And a lot of churches shut down for eight to ten .