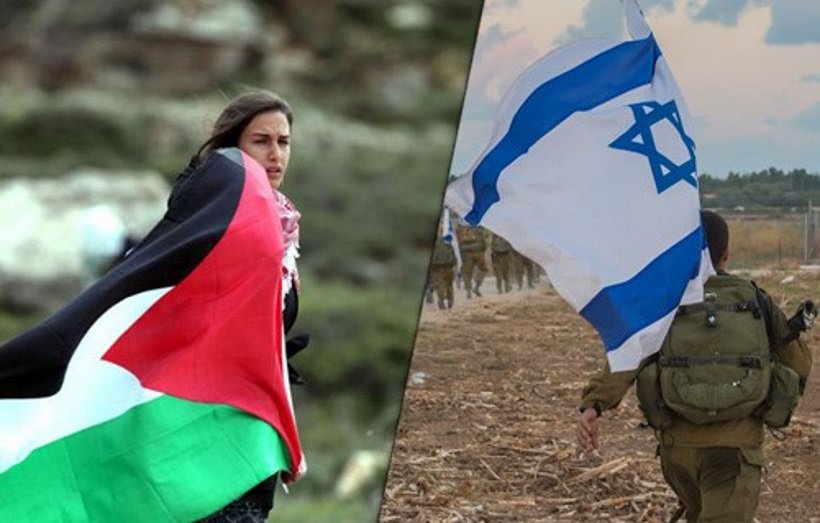 The title of this article might be strange to some people, especially ‎considering the fact that Christians in Israel and Arabs in general live ‎luxuriously compared to citizens of neighboring Arab countries like ‎Jordan, Egypt, Saudi Arabia and Lebanon

Of course, Syria is not eligible ‎for this comparison after its long battle that has continued for four years ‎against terrorists in their religious garments.

The persecution that ‎followed the Coptic Christians in Egypt, Assyrian Christians, Syrians and ‎Chaldeans and other Christians in Syria and Iraq by the Sunni Muslims in ‎recent years divided the Christians in Israel to two camps at least, so that ‎every camp would look at the other group as if it does not acknowledge ‎the dangers that surround the Christians and their historical existence in ‎the Holy Land; they might even consider this group as betrayers of the ‎Palestinian case, the case which they do not agree on its definition and ‎priorities.

The terrorist organizations contributed to the division of the ‎Arab Christians and the way they differ about defining their case and ‎priorities especially that the organizations defined by the world as ‎terrorist organizations and that go after Christians as well as target them in ‎all areas of conflict within the Middle East and North Africa, are by ‎majority organizations that follow the Sunni sect. It is the sect that most ‎Arab Muslim citizens in Israel follow. Some of these Sunni organizations ‎are: ISIS, Alqa’eda, Alnusra (Victory) Front, Bait Almaqdis (Jerusalem) ‎Group , Muslim Brotherhood, Boko Haram, Ansar AlSharia (Law ‎Supporters), Taliban, Immigration and infidelity, Sumali Youth Movement, ‎Al Sunna Supporters ,Army of Islam.

The beginning of the Islamic ‎movement in the Israeli North and its activity as an Islamic religious ‎movement in favor of the Islamic caliphate and its capital Jerusalem has ‎increased the challenges of the patriotic Christians and their acceptance ‎in the Christian community.‎

On another hand, new trends amongst the Christian youth have emerged ‎especially in the villages of Galilee, its cities and the coast. They have been ‎demanding to be included within the Israeli society and be a part of its ‎rights and duties, asserting that Israel is the safest country for the ‎minorities in the Middle East whilst learning from what happened to the ‎the Oriental Christians in the Arab countries. They insist on the fact that ‎they are Israelis and hold Israeli passports; they do not acknowledge the ‎Palestinian National Pact and consider the Palestinian case a purely Islamic ‎case. They think that the destiny of the Christians that are not more than ‎‎1% of the population will not be different than the destiny of the ‎Christians in Iraq, Syria, especially that the Palestinian logo is represented ‎by Al Aqsa Mosque and that the Islamic speeches increase in their ‎aggressiveness towards Christians in their midst, and that the Palestinian ‎demonstrations carry this motto: “No God but Allah, Muhammad is the ‎messenger of Allah.”‎

The number of ‎Christian Aarab citizens in Israel was 129422 according to the statistics of ‎the end of 2014; so they comprise 1.56% from the population of Israel. ‎Their small number and division makes them fragile despite their high ‎academic credentials and their lack of unity weakens their existence before ‎other minorities and before the ruling Israeli government. “A cord of three ‎strands cannot be broken” Ecclesiastes: 4: 12‎‏ ‏

In addition to these two significant trends, there is another group that is ‎neutral; it prefers not to interfere or engage in political issues, so that they ‎would not be accused falsely as betrayers of the Palestinian issue or its ‎Christian society, or it might be that they only desire to get away from ‎politics so that they would have time for their family concerns only. There ‎is another group who are small in number who prefer waiting for a ‎heavenly nation and not getting involved in earthly fights, believing that ‎justice will not take place before the coming of Christ, not from the Jewish ‎nor the Muslims should they rule.

As a Christian, I can say that I have learnt from Christ to love all people, I ‎train myself to love the Muslims, the Jews, even the Christians my ‎relatives, I remember the words of Jesus “be shrewd as snakes and ‎innocent doves” (Matthew 10: 16) and his teachings in calculating the cost: ‎‎“Suppose one of you wants to build a tower. Won't you first sit down and ‎estimate the cost to see if you have enough money to complete it?” ‎‎(Luke14: 28).

Despite all this, is it not time to unite together in Christ who strengthens us ‎regardless of our different perspectives? Don’t we have to show love to ‎one another even if we disagree in our opinions? Or has my neighbour ‎become the person who believes in my case?!‎

And finally “But someone will say:” you have faith, I have deeds, show me ‎your faith without deeds and I will show you my faith by my deeds...” ‎‎(James 2: 18) “Now you have purified yourselves by obeying the truth so ‎that you have sincere love for each other, love one another deeply from ‎the heart.” (1 Peter 1: 22)‎