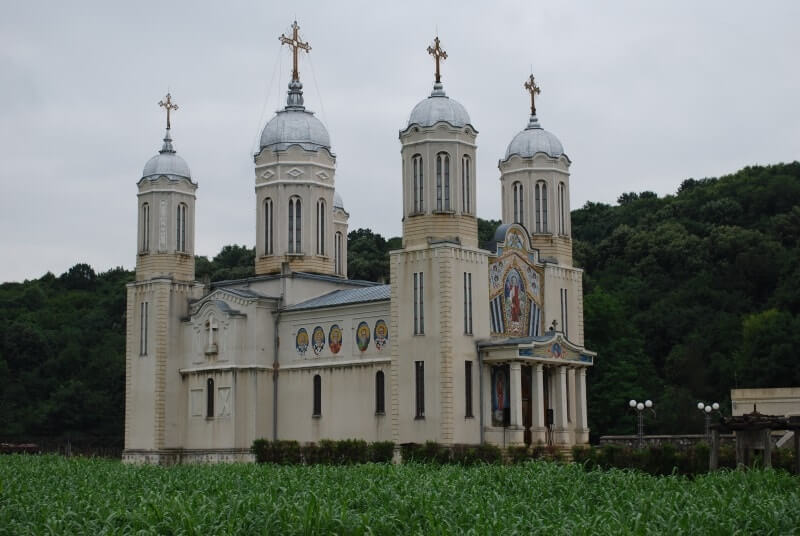 One of Europe's poorest countries is giving America's Bible Belt a run for its money—in terms of density of church buildings.

Romania required a bailout by the International Monetary Fund in 2009. Still, the government gives more than 100 million Euros to the Romanian Orthodox Church each year for priests' salaries and building projects, reports BBC News.

A recent dispatch notes how "the Church has capitalised on its pre-eminent position in the country, building new churches at a rate of one every three days, including an enormous cathedral currently under construction in the center of Bucharest." Some towns have more churches per capita than America's Bible Belt.

Such a cozy relationship between church and state has political critics, including Victor Opaschi, Romania's minister of religious affairs, speaking out. Opaschi said the close ties are "not a good thing," but the state is trying to make up for a time when the country's communist-led government robbed the Romanian Orthodox Church of both money and property. (By contrast, Romanian Catholics are still seeking their own reparations, aiding by a group of American politicians.)

Yet this isn't a new debate for some of Romania's believers. CT previously reported on similar debate among Baptists in 2010, when they voted to accept government subsidies in spite of the denomination's long-standing promotion of church-state separation.

Romanian Baptist Union president Otniel Bunaciu told CT at the time that congregations were putting the government funds for projects such as parking lots and insulation.