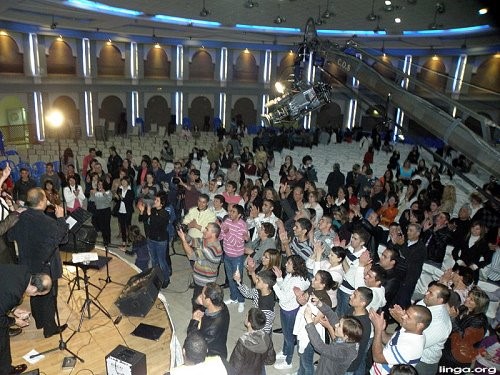 Nazareth - the Yenga - under the auspices of Life channel and in association with the life of love and spiritual center Kimedia erected evening with the word of life and songs in David's Hall in the city of Upper Nazareth, and was attended by more than a thousand and five hundred people.

The program psalmist Kamal Zayed opened and made many hymns beginning with Petrnimh "You are great, O God," and participate in team play praise the Redeemer of the city of Jerusalem. Then welcomed the brother Samer Director Peter's life-loving Association attendees and thanked the Lord for the attendees who came from several countries, and said that the present terrible scene proportion to the number of Who's Hall, and the believers who likened the scene Sarnmon together to the Lord Jesus in heaven. And then he asked the Rev. Ashraf Ghali Abishai pray for the evening. Samer Peter and he finished reading from the Book of Isaiah 6, and then thanked channel life and the life of love and Foundation Center Kimedia for their contribution to do this evening. 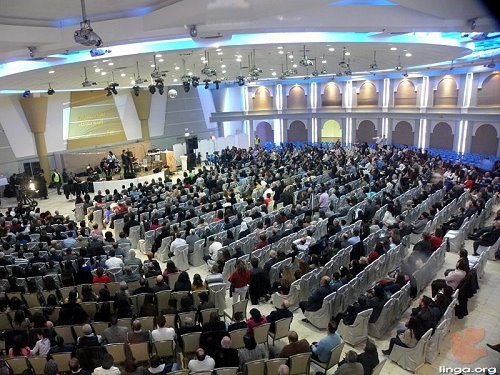 The channel called life-loving director (whose name Mahfouz), which coincided with the spiritual feast day of his birth 27 years with the Lord. The director of the channel, that channel life announce the word of truth boldly citing the verse which says, "And you know the truth and truth shall make you free", and said that the age of the channel will be 9 years in the month of September next. He said that the channel receives message 500 000 annually from various regions of the Arab world, and that in the year 2011 before Christ, 950 people through the direct channel programs. And the praise of the Working Group channel and said he swabbed of God team. 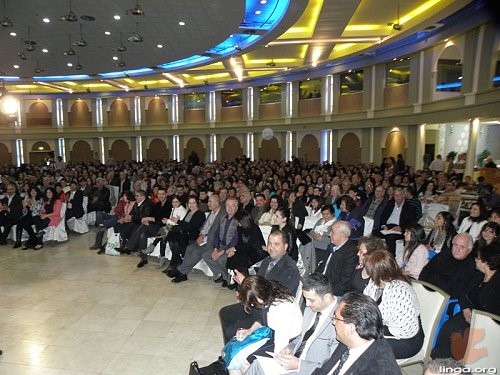 Counting it was a period of spiritual songs featuring the praise of the Holy Redeemer team. And then one of the guests participated test his faith in the Lord Jesus, and how he was forced to leave the closest to him for the obedience of Christ. The test was very impressive and I cried many. At the end of the test the audience who want to dedicate their lives to Christ asked to stand, and asked the pastor the Rev. Mazen Nasraoui Union Church in Jerusalem prayer for them. 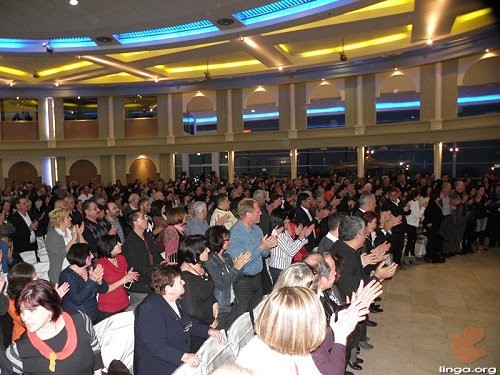